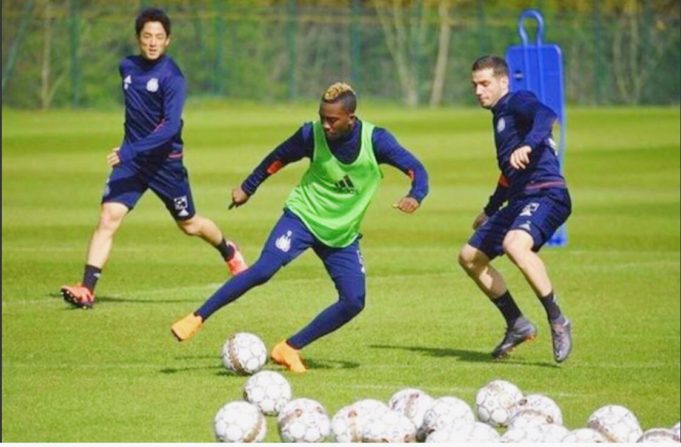 Super Eagles’ forward, Henry Onyekuru, is set to finally make his return to first-team football after a four-month absence due to injury, AOIFootball.com can authoritatively confirm.
The on-loan Everton striker, who last featured for Anderlecht in a league match on the 22nd of December against KAS Eupen, returned to first-team training last month and featured for 30 minutes in a reserve game.
The player told AOIFootball.com exclusively that he would be included in the squad to face leaders Brugge as Anderlecht look to narrow the gap at the top with a win.
Onyekuru scored 9 league goals in 14 starts prior to his injury and will hope to return to the same form as Anderlecht look to retain the Jupiler League trophy they won last season.