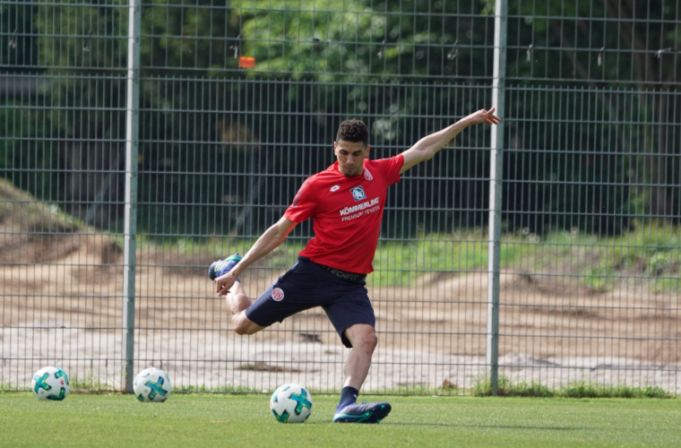 Super Eagles’ defender, Leon Balogun, has handed Coach Gernot Rohr a major injury boost as the Mainz 05 player returned to light training ahead of his side’s penultimate game of the season, AOIFootball.com reports.
The 29-year old, who missed their last two games against Augsburg and RB Leipzig, returned to light training on Thursday but will almost certainly not be risked for the weekend fixture against Dortmund.
He is however expected to lead the Super Eagles’ defense in Russia when the World cup starts in 41 days time.
Balogun has had an impressive season so far, having a game rating of 7.0, completing 75% of his passes, making 3 interceptions per game, 3 tackles, 4 clearances, winning 6 duels, whilst he’s also yet to commit a single error leading to a goal.