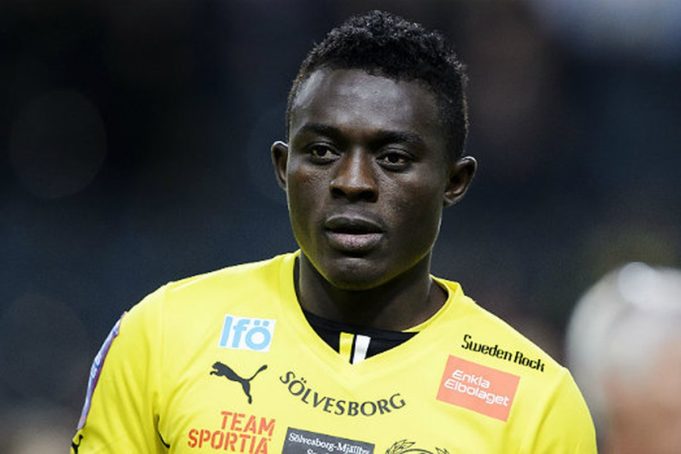 Nigeria star Gbenga Arokoyo was the hero for Swedish club, Kalmar FF as he came off the bench to net the winner in a 2-1 victory away at Dalkurd, AOIFootball.com reports.
Kalmar struck first through Romarinho in the 20th minute but was pegged back four minutes later when Mohamed Buys Turay equalized as both teams went into the halftime break level.
Gbenga Arokoyo was introduced at halftime for Viktor Elm and got the winner two minutes after the hour mark when he was set up by Herman Hallberg as they maintained their four-match unbeaten run.
Arokoyo was on for 45 minutes and had a game rating of 7.5, completing 95% of his passes, made 4 interceptions and one clearance, whilst compatriot Chima Akas continued to impress in Kalmar’s defence with a game rating of 7.3.

Hard work, the secret to my great start this season- Simy Nwankwo