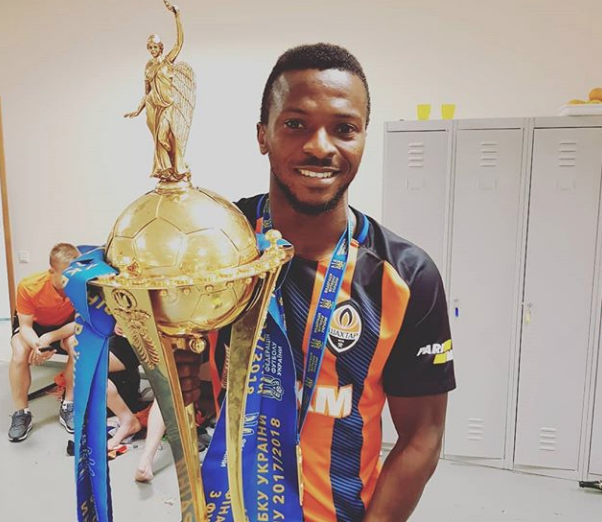 Super Eagles’ and Shakhtar Donetsk striker, Kayode Olarenwaju has declared that he is a happy man after his side beat fierce rivals Dynamo Kyiv 2-0 to retain their Ukrainian Cup, AOIFootball.com reports.
The on-loan Manchester City striker, who came on for goalscorer Facundo Ferreyra after 76 minutes, told AOIFootball.com shortly after the game that it was a proud moment for him and his teammates.
“I can’t explain the feeling right now, as I am super-super excited; the atmosphere right now is electrifying and everyone just wants to celebrate this moment,” the attacker said.
The former Austria Wien striker further added that the team will now shift their attention to winning the league as they aim to complete a domestic double.