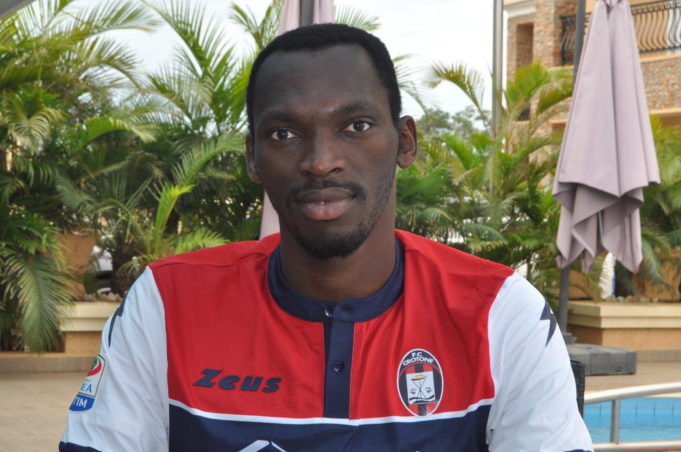 Ahead of his side’s penultimate game of the season, Super Eagles’ hopeful, Simeon (Simy) Nwankwo has praised the Italian Serie A as one of the best leagues in the world, positing that it has brought the best out of him.

The former Portimonense of Portugal attacker, who has been in scintillating form for Crotone in recent weeks, further praised the tactical and technical abilities of the league, saying only the toughest can survive in the league.

“Serie A is a very tough and exciting league, tactically one of the best, if not the best in the world. Playing in it has made me a fantastic player on and off the ball.

“I think technical improvements can happen in different ways depending on how your team plays and what role you’re given; but as a striker, it’s all about scoring goals and playing up front where you have little space in and out of the box. Your first touch becomes very important as it creates space for you and you can finish with ease,” Simy said.

“Yeah, both are two different leagues; Portugal was a beautiful experience where I went through my football education and now Italy- developing my tactical awareness so I can only be happy for both experiences,” Simy concluded.

Simy and Crotone will be looking to finally beat the drop when they host third-placed Lazio on Saturday, needing a win to successful ensure they stay another season in the top flight.

Aina’s invitation to prepare player ahead of clearance