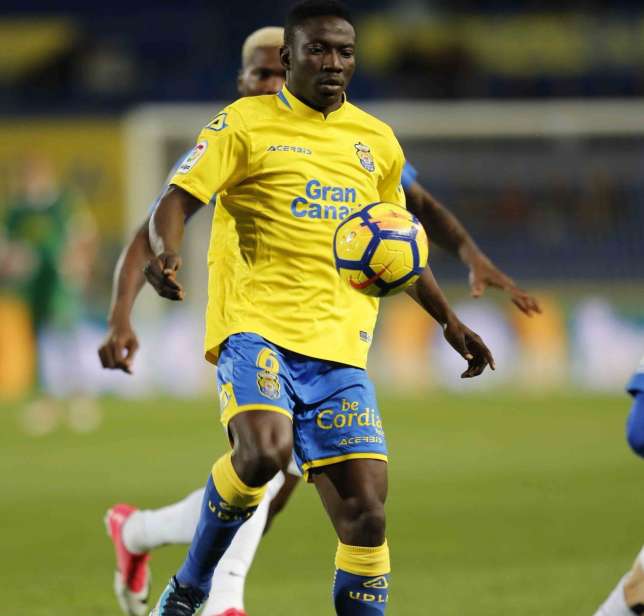 Super Eagles’ and Las Palmas midfielder, Oghenekharo Etebo, has poured cold water on speculations making the rounds in the media that his absence from the 18-man squad to face Eibar this weekend was due to injury, revealing it was just a precautionary move, AOIFootball.com reports.

The on-loan CD Feirense midfielder, who revealed this much to AOIFootball.com exclusively from his base in Spain, said he remains committed to finishing the season strongly with Las Palmas, even though they have been relegated.

“I had a little injury setback last month but I have fully recovered from it and I have been playing regularly for the team; we just have two games left and it will be a good time to give some fringe players some playing time before the season ends,” Etebo posited.

He, however, used the opportunity to thank Las Palmas for the opportunity they gave him in the LaLiga whilst promising to always remain a passionate supporter of the club as his loan deal comes to an end this season.