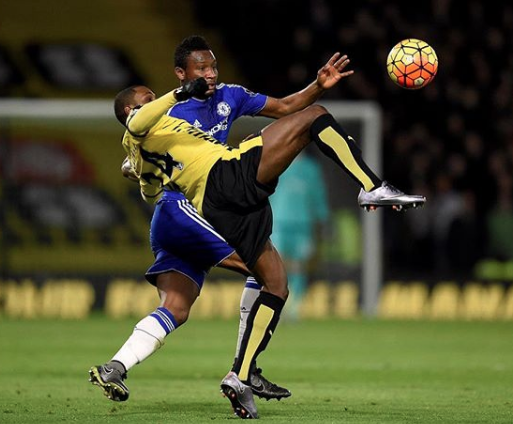 Both players will go head-to-head for the fourth time ever with Tianjin coming into the game with a lot of confidence following their 5-1 bashing of Guizhou Hengfeng last weekend.

However, Ighalo will be more motivated than any other player on the field as he hopes to clinch the record of the player with the most goals for Yatai, having drawn level on 22 goals with Marcelo Moreno a fortnight earlier.

Mikel posted beneath a picture on social media of both players in an EPL game where Chelsea faced Watford saying: “You won’t get this close to me at the weekend”.

With one point separating both sides, a win for Changchun Yatai will see them move into the top half of the table ahead of Tianjin Teda.