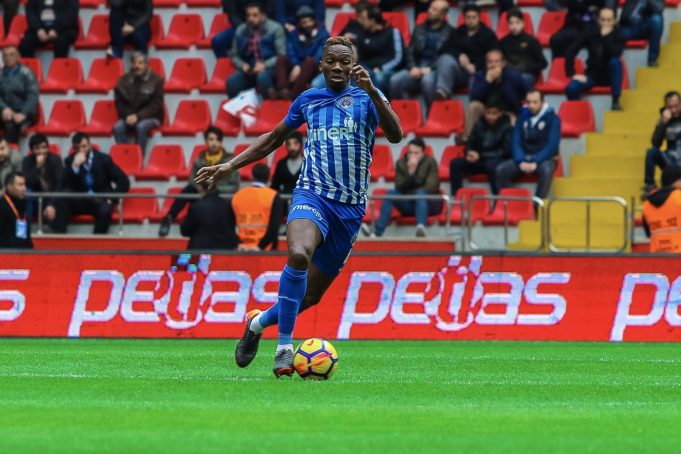 Super Eagles’ defender, Kenneth Omeruo will return to the starting lineup as he plays in an emotional final home game for loan club Kasimpasa against relegation-threatened Genclerbirligi on Saturday, AOIFootball.com reports.

The on-loan Chelsea of England player, who joined Kasimpasa last summer, sat out last weekend’s thumping of Trabzonspor but is however expected to earn a recall in what could be his final home game for the team as they cement their place in the top half of the table.

The 2013 AFCON winner has been a pivotal part of Kasimpasa’s defence, starting in 26 of his 27 games whilst scoring once in the process.

Omeruo has also been impressive with his distribution, averaging a pass completion of 81%, winning 8 duels per game and is also yet to commit a single error leading to goal this season.