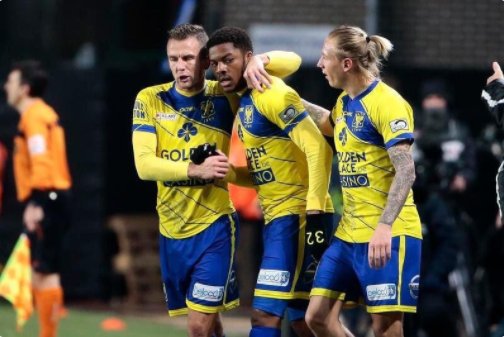 Super Eagles hopeful Chuba Akpom continued to impress at loan club Sint Truidense, as he scored what proved to be the decider in their 2-1 win over Royal Antwerp, AOIFootball.com reports.

The Arsenal loanee, who has been in fantastic form since joining the modest Belgium club in the winter, grabbed his side’s second goal three minutes after the hour mark, after being set up by first goal scorer Jonathan Legar to put the away side 2-0 up going into the halftime break.

Antwerp did pull one back through Reda Jaadi five minutes after the break but it appeared to be just a mere consolation as Akpom and his team ran away with all three points.

The 22-year-old striker was replaced deep into stoppage time by Takehiro Tomiyasu and has now scored six goals in just 12 starts and will hope he has done enough to convince the incoming Arsenal coach that he deserves a place in the Gunners’ first team.