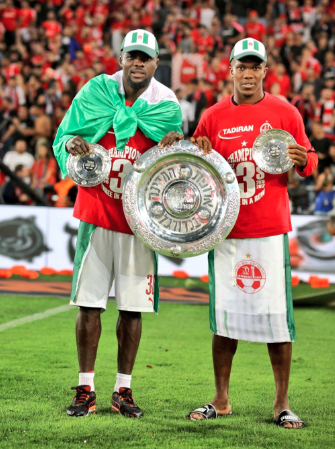 Hapoel came into the game needing at least a point from their final three games, provided result elsewhere went their way. They, however, suffered an early setback when Nwakaeme was withdrawn after just 38 minutes with a suspected knock.

But Despite bowing to a Dor Peretz’s first-half strike, Barak Bakhar’s men are seven points adrift of second-placed Beitar Jerusalem with two games remaining in the Israeli top-flight.

Hapoel Beer Sheva has 74 points from 34 games and retained the league title at the Turner Stadium after the Menorah’s 3-3 draw with Bnei Yehuda on Saturday.

NPFL: Boboye keen to start the season with a win in Lafia