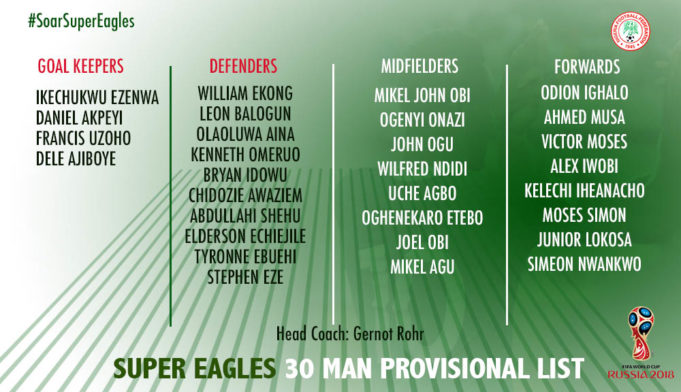 Lokosa, who has been in superb form for NPFL club, Kano Pillars, notching up 18 goals in just 20 matches, deservedly made the cut whilst Italy-based Simeon Nwankwo was rewarded for his fantastic end of the season form which has seen him score 7 goals in his last 10 starts for Crotone.

There is, however, no place in the squad for recuperating Henry Onyekuru, whilst Brown Ideye misses out on the World Cup for the second consecutive time after being dropped prior to the 2014 edition.

Oliseh recommended me to the national team, says Udeze 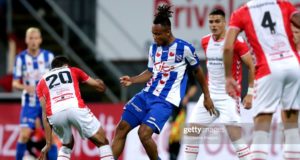