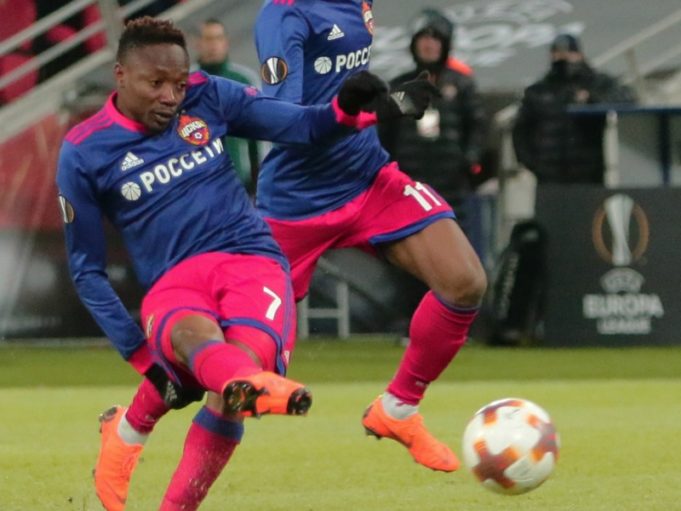 Super Eagles’ speedstar Ahmed Musa continued to send a message to the world that he is ready to take Russia by storm as he scored again and set up another to propel CSKA Moscow to a second place finish and automatic Champions League spot in their 2-1 win over Anzhi Makhachkala, AOIFootball.com reports.

In his final home bow for the Russian club with his loan deal set to expire, Musa opened the scoring just after 9 minutes to put CSKA one goal up after being set up by Kiril Nababkin to hand his side the initiative in the match.

However, the away side equalized three minutes after the half-hour mark when Arsen Khubulov pounced on a slack defending to draw scores at 1-1 heading into the break.

With CSKA needing an outright win and praying results go their way, Musa was at the heart of everything called attack as he set up the match-winner just after the hour mark when he put Brazilian, Vitinho clean on goal to put CSKA 2-1 up, thus earning them all three points.

Musa was on for the entire match duration and was voted Man of the Match with a game rating of 8.0, scoring once and setting up another; he completed 57% of his passes and won 4 duels.

The former VVV Venlo of Holland star has now scored 6 league goals since joining on loan from Leicester City, whilst also notching up three assists.