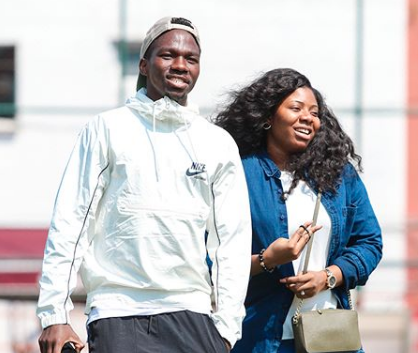 Super Eagles’ defender, Kenneth Omeruo is set to complete his current season campaign on a high when he takes his beloved darling fiancée Jenifer to the altar, AOIFootball.com reports.

The pair had their traditional wedding last December in Enugu, Nigeria and will now tie the final knot in Turkey in a white wedding ceremony.

Omeruo had a super season with Kasimpasa this season after a troubled summer. As expected the former Middlesborough of England defence trojan has been named in the Super Eagles 30 man provisional list released by Coach Gernot Rohr on Monday even as he hopes to break into the starting 11 of the three-time African Champions at the World Cup.

The solemnization of Holy Matrimony takes place on May 15 at the Kemer Botanik Park in Istanbul, Turkey.