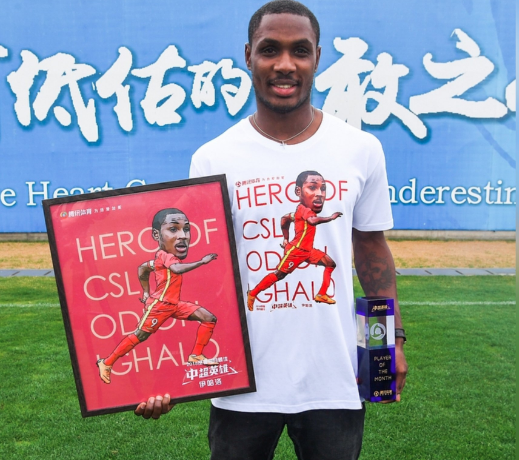 Super Eagles’ striker, Odion Jude Ighalo has been named the Best Player in the Chinese Super League for the month of April after an impressive performance for Changchun Yatai, AOIFootball.com reports.

The World Cup-bound attacker started the month in a modest fashion, failing to score in his side’s first two games despite being one of the best players on the pitch.

However, with one goal going into the month April, the former Watford striker went goal crazy to hit four past Guizhou Hengfeng goalie before firing a brace past then leaders Shanghai SIPG, a result that handed them their first loss of the CSL season.

The accolade will come as a morale booster for the Eagles’ attacker who is definitely primed for more accolades this season, as he is one goal shy of becoming his club all-time goals-scorer.

With the World Cup fast approaching, Ighalo will almost be a sure bet to fire Nigeria to glory in Russia.

CAFCC:  Al-Hilal storms Nigeria on Sunday ahead of Akwa clash

Succeeding in Russia would be phenomenal, says Rohr