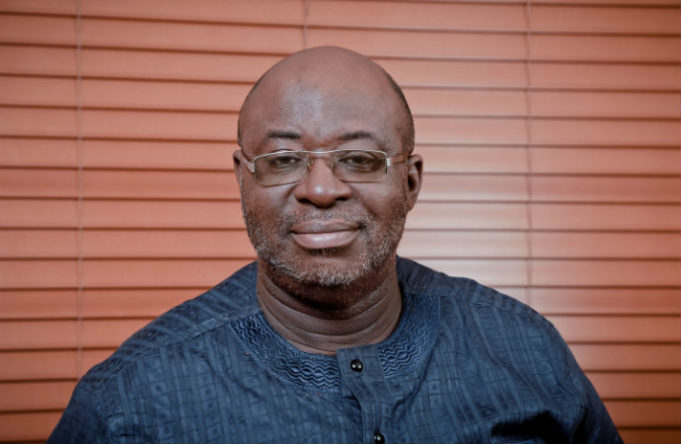 Nigeria Football Federation (NFF) First Vice President, Barr. Seyi Akinwumi is worried about the spate of seizures happening to players in the Nigerian leagues, whilst promising to look into the causes and possible solutions.

Barr. Akinwunmi also pledged to reward a referee, Ruth Okafor for saving the life of Edo Queens’ player, Jennifer Osawaru during the matchday 6 of Nigeria Women Premier League in Ilorin.

Osawaru was knocked out by a ball in flight and Okafor revived her with the Cardiopulmonary Resuscitation, CPR.

Confirming this to AOIFootball.com, Akinwumi, who doubles as the Lagos FA Chairman, said he was prompted to reward her after learning of her noble act.

“I heard about her heroics which probably led to saving the life of a player who was apparently lying down almost lifeless after being hit.

While acknowledging that it could have been fatal if Okafor was not at the scene, the NFF First Vice President said there was need to know the root cause of these sudden illnesses on the pitch.

Akinwumi said: “First, I think she is blessed. Second, I shudder at the thought of what could have happened if she was not the referee on those occasions. Third, is we need to get to the bottom of these near death incidents and train all officials in first aid.

On how he intends to follow up with study on the causes of these seizures, he said: “In Lagos we have Sports Medicine Association and I intend to interface with that Association on the issue. As I sit on the board of the LMC, I will raise it at our board meeting,” Akinwunmi said.

The Lagos FA boss further revealed that he would be rewarding any arbiter with the best performance on any match day.

“I also decided to use the opportunity to encourage the women’s game by giving a reward to the adjudged Referee of the Week in the Nigeria Women Premier League (NWPL). This recommendation could come from ardent women’s football fans, coaches, sports writers, etc,” Akinwunmi concluded.