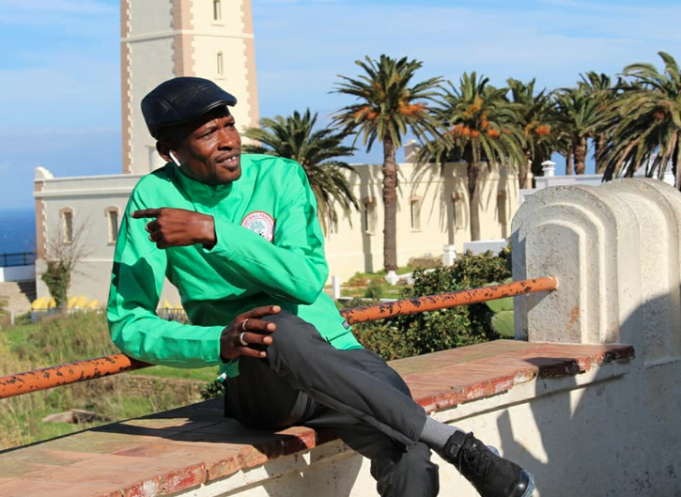 Development denotes an application of new ideas to practical problems. In the football sector, development is all about talents discovery and plans directed at changing the growth of youths, and establishment of programs to nurture talented footballers’ domain.

From Niger State, Alhaji Ahmed Yusuf Fresh is a pioneer of the sport in the state. A passionate football enthusiast, Fresh as everyone calls him, has traversed many routes in football management and administration before he became the Chairman of Niger State Football Association in 2006.

Arising from votes of the 25 Local Council Chairmen who believed he should be given an opportunity to drive the game in their locality and Niger State at large, Ahmed Yusuf Fresh has taken football to greater heights since given the mandate.

Fresh understands the followership and Nigerians’ interest in football, and swiftly swinging into action, he had a plan with his Board Members on how to make Niger State an environment to savour for talents discovery by establishing viable programs to pilot the dream of young footballers.

As we all know talents are hardly seen or discovered in the city centres, so Ahmed Yusuf Fresh created a chained tourney named Fresh Cup which is being played across the 25 Local Governments in Niger State, followed by democracy in football governance which allows Local Council Chairmen to organize the event with massive supports from him.

Fresh has graced the nooks and crannies of all the Area Councils whenever the Fresh Football tournament comes up, alongside football experts which help in spotting and picking budding talents as he plans to engage them professionally, because they are the future football ambassadors of Niger State and the country.

Niger State and it citizens have been continually blown by this memorable ‘Wind of Fresh Air’ because of the way things were before the advent of Ahmed Fresh as Chairmanship of the Niger State FA. The hitherto moribund state of football in the state is a testament to the innovations and developments Fresh has brought to the state.

Fresh’s grassroots programs have kept youths away from social vices, coupled with holistic changes in the administration of football in the Power State.

A down-to-earth fellow, Ahmed Yusuf Fresh continues to carry the State Football Association Board Members along that’s why he got their backing when he singlehandedly sponsored the Niger State U-13 and U-15 teams championships which is geared towards the zonal playoffs of North Central zone in Abuja.

A democratic football leader amongst other football superintendents in Nigeria, his openness in communication and transparency in governance between the Niger State FA members has been yielding positive results as the 25 Local Football Council Chairmen in Niger State have continually pledged their support for his ‘Wind of Fresh Air’. They have collectively, and unanimously renewed his tenure at every expiration.

His relentlessness in driving football, creativity, fresh ideologies and other innovations into the football system in Niger State have shot him to greatness beyond his imagination, even as he was endorsed by the North Central Zone FA Chairmen to represent the zone at the national level as the Nigeria Football Federation Executive Member and CAF Technical and Development Committee Member.

So, as the icon, Ahmed Yusuf Fresh turns 48 today, we join many in celebrating this illustrious son of Niger State.

Below are some of Ahmed Yusuf Fresh’s ‘Wind of Fresh Air’ grassroots football development successes:

*A product of the programme, Mustapha Aliko is actualising his dream of becoming a professional goalkeeper. He is the current first choice goalkeeper and captain of the State Football flagbearer, Niger Tornadoes in the Nigeria Professional Football League.

*The late Isah Hussaini of blessed memory was a homegrown left-back, who was affected positively by the ‘Wind of Fresh of Air’ into modern day left full-back position. When he was alive with Niger Tornadoes, he was so gifted that many didn’t hope his prowess could be cut short by death.

Even as he was adjudged ‘Man of the Match’ against Kwara United in his last game at the Bello Kontagora Stadium, where the Executive Governor of the State, Abubakar Sani Bello watched and soliloquized on how the ‘Wind of Fresh Air’ gave the Power State such a talent like Isah Hussaini. Through the ‘Wind of Fresh Air’ the late Isah Hussaini became a cornerstone for his family. He now rests in perfect peace.

Ahmed Yusuf Fresh has his fingers in virtually all the important committees in the Nigeria Football Federation and on the African continent. We felicitate with him as he adds another remarkable year on earth and also pray the Almighty Allah to continue to add grace upon grace on this icon of Nigerian football who has brought succour and uncommon ‘Fresh Air’ to all.

The entire staff members of AOIFootball.com wishes you more sweet years ahead to continue your good work of developing the beautiful game of football in Nigeria State, and Nigeria.