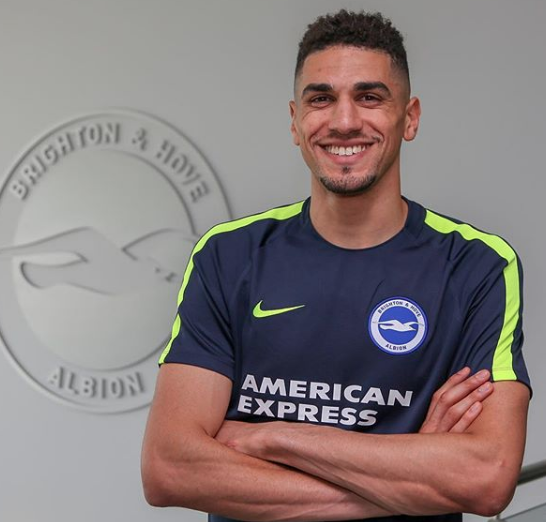 Super Eagles and Brighton & Hove Albion defender, Leon Balogun has described his move from Germany to England as a dream come true, AOIFootball.com reports.
The 29-year-old defender, who spoke to the club’s website shortly after his unveiling on Tuesday, said he has always followed the English Premiership and believes he can adapt to the style of play despite being the first time he will play outside Germany in his career.
“I always had a dream to play in the Premier League, and Brighton was one of the first teams to show an interest in me. I’ve been following English football as much as I can in Germany, and I saw how they got promoted from the Championship.
“I liked the way they played last season in the Premier League too and how they were able to maintain their status. It’s really impressive how they work, not just as individuals, but as a team too,” Balogun said.
The centre-back also highlighted the differences he anticipates between the Bundesliga and Premier League and is relishing the new adventure which awaits.
“I think the Premier League is more competitive. The Bundesliga is probably the most comparable to the Premier League. Every footballer wants to compete and I think that’s the biggest challenge. It’s more physical, which I personally like. It’s a bit quicker as well and the individual quality in each team is on another level in comparison to the Bundesliga.
“This is my first club outside of Germany, so there will be a lot of new stuff to adapt to, but I am looking forward to this new experience,” Balogun concluded.
The former Mainz 05 player signed a two-year deal with the Premier League team. He is also set to feature at the World Cup for Nigeria.