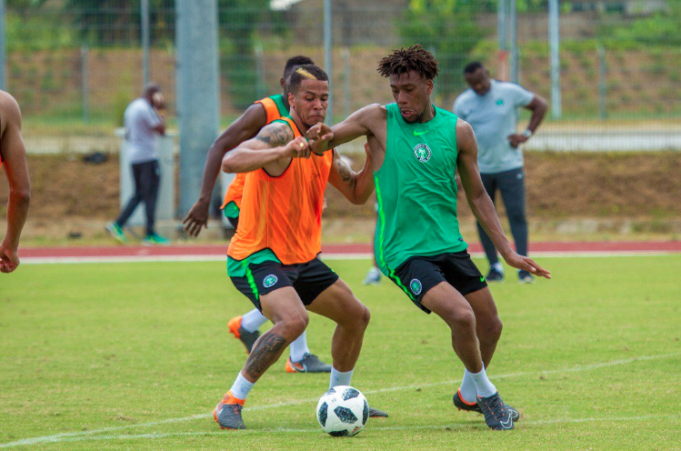 Super Eagles’ captain, John Obi Mikel and Hapoel Beer Sheva midfielder John Ogu were the latest arrivals to the team’s Le Meridien Hotel on Thursday afternoon in Uyo as they both team up with the rest of the squad just before the players went in for lunch, AOIFootball.com reports.

Mikel missed Nigeria’s last fixtures against Poland and Serbia and will now join the team for their recovery session on Thursday evening as they intensify preparations for the game against DR Congo next month.

Ogu had a long journey from Israel after helping his Hapoel side to win the Israeli league for the third time in a row.

Similarly, Coach Gernot Rohr will, however, make do with the 29 players with Victor Moses joining up with the team in London for the prestigious friendly against the Three Lions of England.

27 players took part in the Eagles intensive training session on Thursday morning with only Leicester City midfielder Wilfred Ndidi sitting out due to injury.

You must get your tactics right, Amuneke tells Rohr