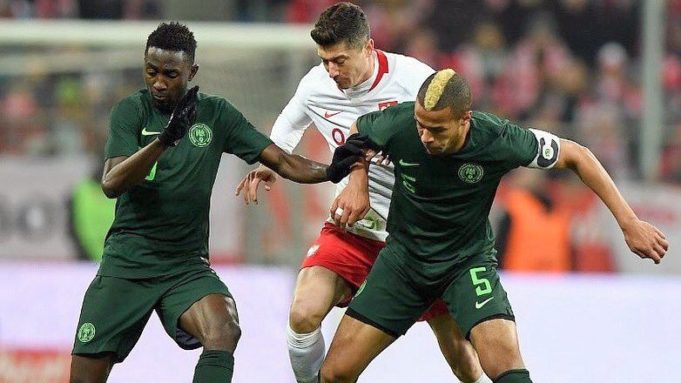 With less than 21 days to the commencement of the biggest world event, the FIFA World Cup in Russia, Super Eagles’ defender, William Troost-Ekong has declared that he is in high spirit for the Mundial, AOIFootball.com reports.

Ekong, who said Nigeria would do well at the tournament, told AOIFootball.com after the team’s training session on Thursday evening, that the prospect of playing at his first World Cup for Nigeria has kept him motivated all through the preparations.

“It has been an amazing journey so far because everyone wants to play at the world cup; we have been training hard and I can tell you we are all in top shape.

“Playing for Nigeria is one of the best things to happen to me because the fans have been amazing, supporting us everywhere we go. So, we will try and give them something good at the World Cup. Everyone is ready and we just can’t wait to be in Russia,” Ekong enthused.

The former Tottenham Hotspur’s youth player further played down suggestions on where he will be playing his football next season, saying the World Cup remains his priority for now.

“Well, the season was a mixed one for me. I still have a contract with Bursaspor so we will see what happens. For now, I just want to focus on doing well at the World Cup and then take it from there,” Ekong concluded.