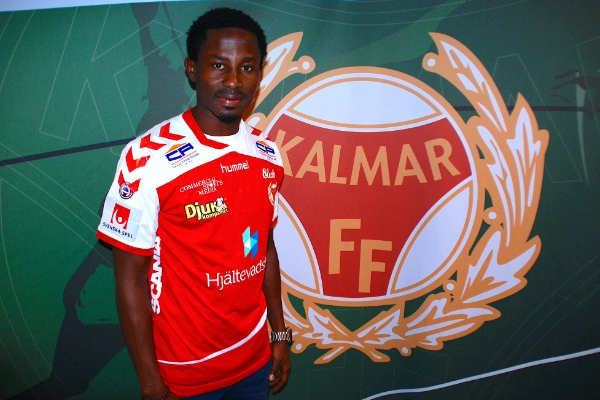 Nigerian international, Chima Akas was again at his brilliant best Swedish club, Kalmer FF as they ended their two games losing streak with a 1-1 draw at home to Hammarby IF, AOIFootball.com reports.
The left-back, who has been a super regular for Kalmar, started his 11th league game of the season and was resolute at the back with Hammarby unable to find a breakthrough as both teams went into the break goalless.
Nine minutes into the second half, Kalmar was ahead via the penalty spot after Brazilian Romarinho stepped up to convert from 12 yards to put Akas his side one goal up.
They were however pegged back five minutes after the hour mark when Jasper Andersen scored from a Bjorn Paulsen strike to draw the away side level, as results remained 1-1 after 90 minutes.
Akas was on for the entire match duration and had a game rating of 7.3, completed 100% of his take-ons, 75% of his passes, whilst winning 4 duels and 2 tackles in the process.
The result leaves Kalmar 7th on the log with 17 points after 11 games.