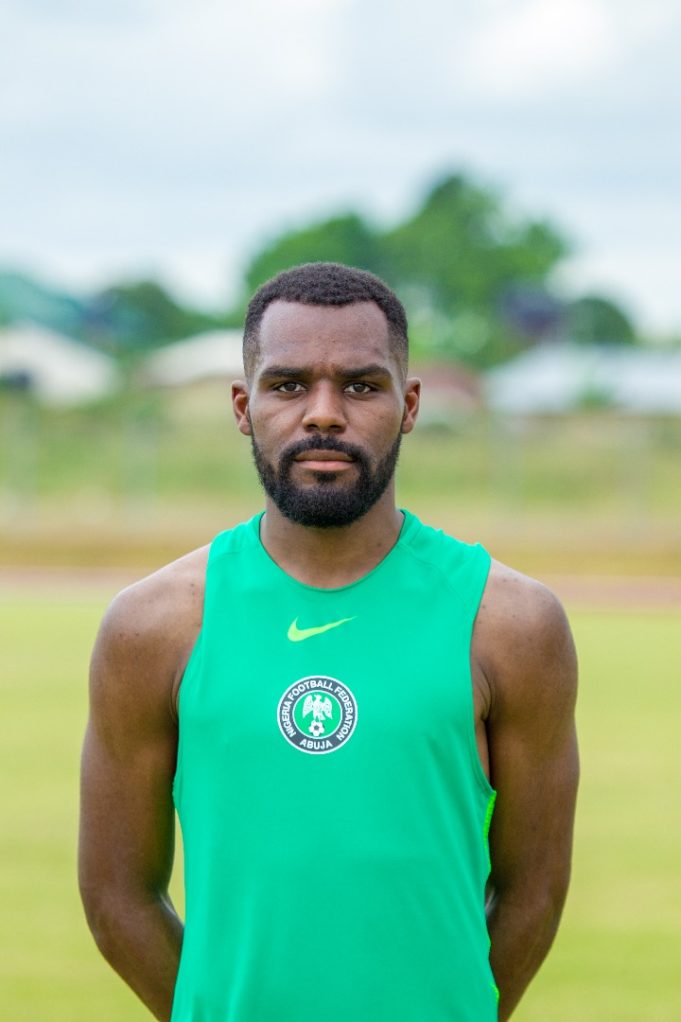 Super Eagles defender Bryan Idowu is relishing an opportunity to be a part of the final squad for the Russia 2018 showdown.

The FC Amkar Perm left-back, who spoke to journalists after the Super Eagles’ last training session ahead of their friendly match against DR Congo on Monday, said he was grateful to be part of the team.

“It feels great and I am very grateful,” Idowu quipped.

Nigeria is in Group D at the World Cup with Argentina, Iceland and Croatia, and Idowu feels that an underdog tag would help reduce pressure on the Super Eagles.

“Yeah, the group is tough with lots of good teams. But we are a good team as well and I think everybody thinks we are the underdogs of the group and it’s going to help us. I think it is going to serve as a motivation to prove everybody wrong and do our best,” Idowu said.

Despite plying his trade in Russia, Idowu, who is anticipating to make the final 23-man list, said the only game that he would feel at home playing is the match the team will play in St Petersburg.

He however refuted turning down Russia for Nigeria, maintaining that he only got invited by Nigeria.

Idowu said he is excited about the World Cup because it is the biggest event in the World and it’s an incredible opportunity to participate in it.

“It excites me because it is the World Cup. It is the biggest event in the World. As a football fan, I watched all the World Cup myself and an opportunity to participate in it is amazing and incredible. I look forward to it,” Idowu enthused.