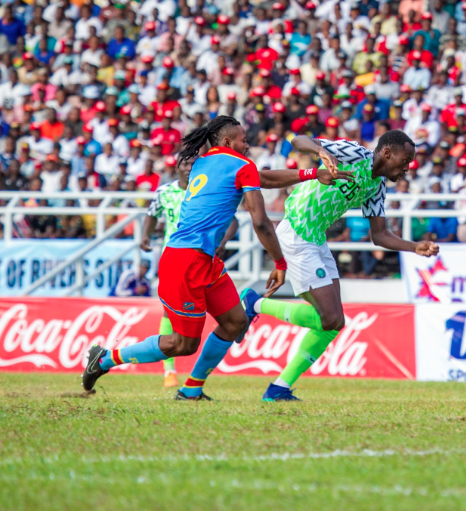 Newly capped Super Eagles’ striker, Simeon Nwankwo, believes the friendly against the Three Lions of England at Wembley on Saturday will offer the Eagles an opportunity to showcase their strength ahead of the World Cup which kicks off in 14 days.
The FC Crotone striker told AOIFootball.com exclusively from the Eagles’ base in London, that although the game will be a tough one, he believes Nigeria has what it takes to put up a good showing against the former world champions.
“For me, the England game is just another opportunity for us to continue our preparations towards the World Cup and keep improving as individuals and as a team. Hopefully, we will get one over them on Saturday.
“The game will be a difficult one because they parade some of the best legs in the English Premier League, but we also have guys who have played there and are still playing their so we will put up a good fight and come out with a victory,” Simy concluded.
The 26-year-old striker earned his first cap against  DR Congo earlier this week and will be hoping to earn his second when Nigeria takes on England at Wembley on Saturday afternoon.