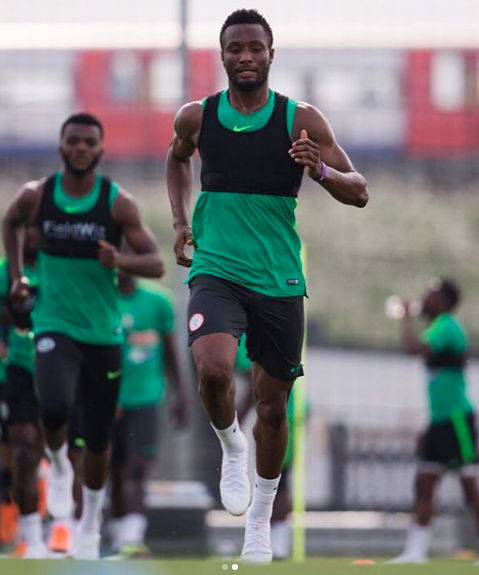 Super Eagles’ captain, Mikel John Obi has declared he is ready to lead the charge and take three-time African champions Nigeria to an enviable height when proceedings kickoff in Russia in a few day’s time, AOIFootball.com can report.

The captain, who has dedicated so much into preparation personally for this tournament, believes despite the not too impressive results in the warm-up games, Nigerians will see a different team when they take on Croatia in their opening game on June 16th at the Kaliningrad Stadium, also called the Arena Baltika.

“We have learnt a lot going into this tournament and the underdog tag is just well and okay for us. We have worked very hard and I believe the hard work will show when the tournament begins,” he said.

Sources close to the former Chelsea star revealed he personally prepared his mind and psyche for the FIFA World Cup and intends to give his very best for Nigeria.

“I can tell you Skippo is so prepared for this tournament. He has been so devoted into being in the best shape and I know this will be very evident at the World Cup,” the source said.

Nigeria is locked in Group D alongside Argentina, Croatia, and Iceland. The team is due in Yessentuki where they will camp on Monday the 11th of June.