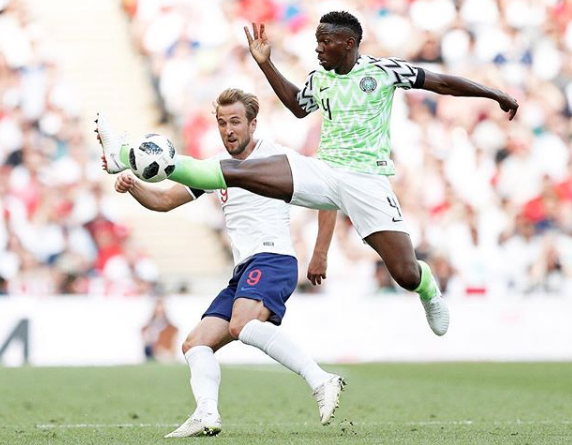 With less than four days to the kickoff of this year’s FIFA World Cup in Russia, Super Eagles’ defender, Kenneth Omeruo believes winning the trophy his not an impossible task for the country, AOIFootball.com reports.
Omeruo, who is one of five Eagles in the current squad to have played at the tournament, believes it is time the country stops seeing a Round of 16 finish as an achievement, and try to move above that.
“Yes, we can win the World Cup. I think we have never gone past the Round of 16. But this time, we are not just going to say, let us get to the round of 16, but we would be working hard, taking every game as it comes and hopefully, our hard work would see us through to the final, to do something which no African country has done,” Omeruo said.
Should Gernot Rohr decide to go for a back three formation, the Chelsea star will almost be a sure bet to feature in Russia, having played all of Nigeria’s four games at the last World Cup in Brazil.