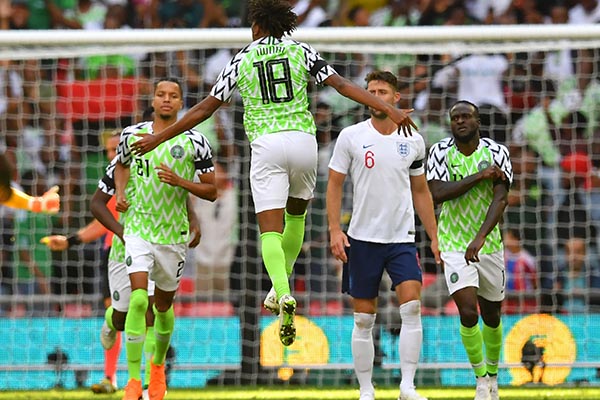 Ahead of the Super Eagles’ World Cup opener against Croatia on Saturday, the Nigeria Football Federation (NFF) has promised through their sponsor, to give $50,000 for every goal scored, AOIFootball.com reports.
The Eagles have gotten the best preparation of any Nigerian team to ever grace the World Cup and will be fully motivated from all angles with the latest announcement by the NFF hierarchy.
“We know how important it is for us to win the match against Croatia. I have spoken to the team and they have assured us of total concentration ahead of the game. So we decided with our sponsors that for every goal they score tomorrow, we will reward them with $50,000,” Pinnick said.
The Super Eagles have never won their first game at the World Cup since after the golden era of 1994.

Hard work and discipline, key to our success- Boboye