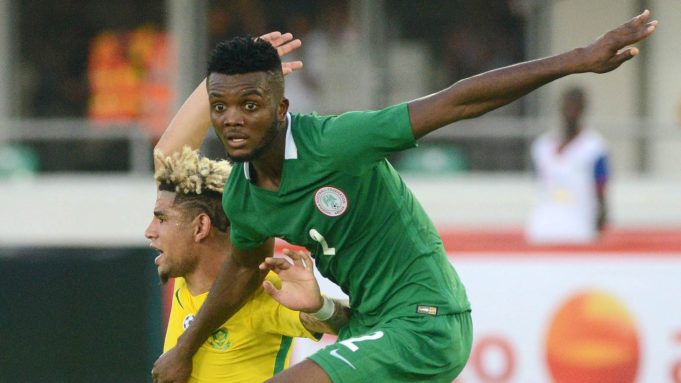 Super Eagles’ defender, Chidozie Awaziem is expected to return to his Portuguese club FC Porto next week after a successful loan spell with French side FC Nantes, AOIFootball.com can report.

The defender was part of the 23-man squad of Nigeria at the ongoing World Cup and was given extra two weeks of rest after the Eagles crashed out of the biggest soccer showpiece in the group stage.

The Nigerian’s stats at the French club coached by former Leicester City and Inter Milan boss Claude Ranieri, shows clearly that he had enough game time to show what he was capable of doing and he obviously didn’t disappoint.

Awaziem played a total of 1510 minutes in all competitions, starting 16 times, even as he came off the bench 6 times.

He had a rating of 6.7 overall with a pass accuracy of 76.5 per cent while also winning 1.4 aerial duels per game. He also won an average 2 tackles per game. The defender scored one goal and had an assist.

It is yet unknown if Coach Sergio Conceicao will decide to either send him out on another loan or retain him for the upcoming new season.