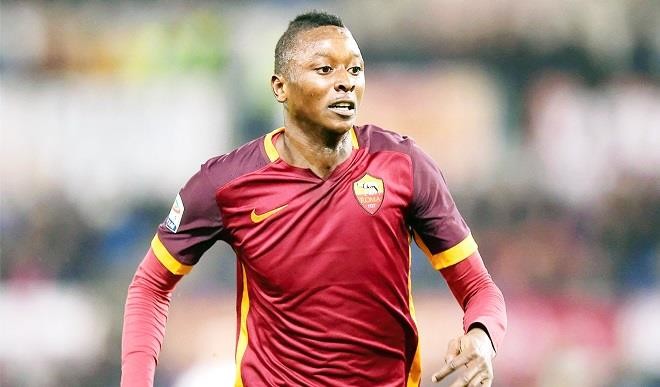 In a bid to add strength to his team next season, Glasgow Rangers’ Manager, Steven Gerrard remains hopeful a deal to sign Nigerian striker Umar Sadiq can be completed soonest, AOIFootball.com reports.

The Liverpool legend, who has not hidden his desire to land the lanky forward, wants to bring in the Rio 2016 Olympic bronze medalist to boost his side’s chances of upstaging rival Celtic in the Scottish League next season.

The new Rangers’ boss has already made seven signings since taking over in June but is still keen to bolster his striking options with Sadiq his preferred choice.

“At the moment he is still a Roma player but it has been well documented that I am a fan, but it’s just a case of watch this space,” he said.

On the prospect of further movement, he added:

“It is difficult to say whether it will be done before the first leg of Europa League qualifiers on Thursday, but we will be doing more business,” Gerrard hinted.

Umar joined Roma in 2016 and has spent the second half of last season on loan at Dutch side NEC Breda, scoring 5 goals in just 6 starts.