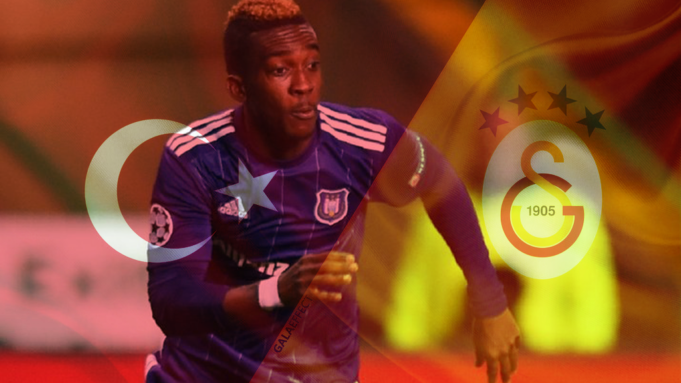 Turkish giants, Galatasaray have won the race to land pacey Nigerian striker, Henry Onyekuru on loan from Everton after the clubs and the player’s agent agreed on a loan fee in the region of €1.5 million, AOIFootball.com can exclusively confirm.

The 21-year-old former KAS Eupen striker was initially offered to Besiktas and Fernabahce but Fatih Terim’s team was first to make an official bid and have all but secured the services of the attacker, barring any last minute changes.

Speaking after his side’s training on Monday afternoon in Switzerland where Onyekuru his expected to be unveiled, Galatasaray Head Coach Fatih Terim admitted he was a huge admirer of the player and can’t wait to see the transfer completed.

“We have been keeping tabs on Onyekuru since January. I hope our new transfer is a success.

“Everyone will see that the transfer makes financial sense when the details are revealed,” Terim said.

The Eagles’ striker scored nine goals in 19 appearances for Anderlecht last season before sustaining a knee injury which cut short his season and forced him to miss Nigeria’s World Cup party.