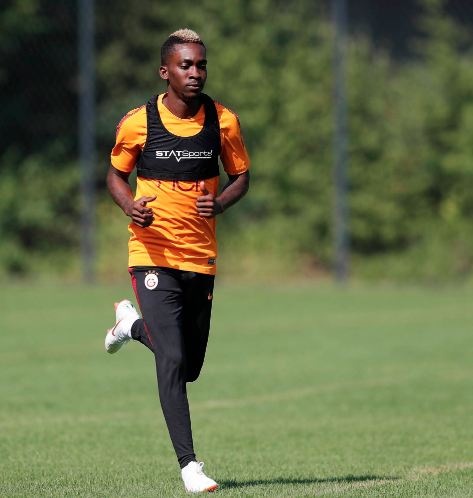 Super Eagles’ attacker, Henry Onyekuru has said he is hopeful his move to Turkish giants Galatasaray will help him return to the Eagles’ fold after being left out of the squad that represented Nigeria at the World Cup, AOIFootball.com reports.

Onyekuru, who joined Galatasaray on loan from Everton last week, told AOIFootball.com in an exclusive interview from his training camp in Zurich, Switzerland, that he is already looking forward to the new season in Turkey.

“My desire has always been to play for Nigeria. Last season I was invited some couple of times and even made my debut for the country, hopefully, I will play more games for Nigeria in the future.

“I’m very optimistic that my stay here in Turkey can help me return back to the national team. I know it will be a very tough one but I’m 100% focused and committed to giving my very best,” Onyekuru said.

At 21, the former GBS Academy prodigy remains the country’s most lethal weapon in front of goal, netting 40 times in just 88 senior matches.