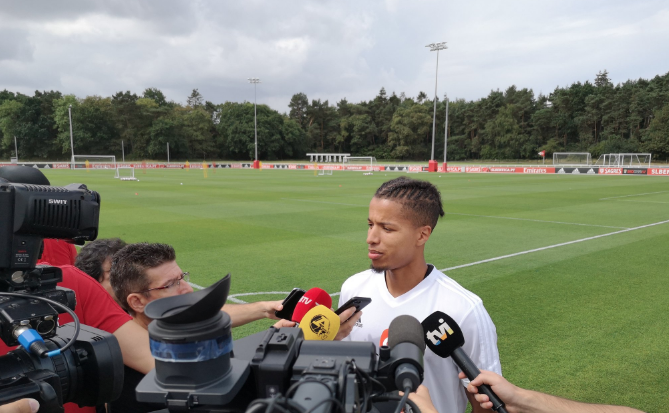 Super Eagles and Benfica of Portugal new right-back, Tyronne Ebuehi, has revealed he did not make the move from Holland to Portugal to become a reserve player, but is working very hard to break into the starting team, AOIFootball.com reports.

Speaking from his team’s preseason camp in the UK, Ebuehi, who has been hugely impressive in training, said he is well aware of the competition for places and will do his best to be an important member of the squad.

“The coach told me to do what I’m used to and work hard to be important for the team. I got to work a lot, trained hard and we will see what happens. To be in the first team is my goal, but I have to show my abilities during the training sessions.

“My speed is one of my qualities. I’m strong at the defence in one-on-one situations and I’m strong and fast. For a right defender, I’m an offensive player,” Ebuehi said.

The 22-year-old further expressed his delight in living his dream, admitting it’s such a huge honour to be in a big club like Benfica.

“To be here is a dream that became reality; it’s amazing to be in such a big club. Everything is going well and it’s being a good experience. We are working a lot and it’s a different reality,” Ebuehi concluded.