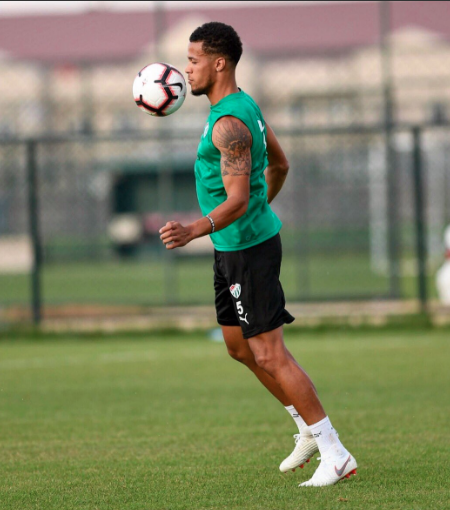 Super Eagles’ defender William Troost-Ekong is excited after returning to training with Bursaspor for the first time on Monday ahead of the new season, AOIFootball.com reports.

The former Genk of Belgium player, who was given an extended break following his participation for Nigeria at the just concluded FIFA World Cup in Russia, was all smiles as he bids to be fit for Wednesday’s friendly against Slovakia’s NK Kalcer Rodomlje.

“First training with the boys. Feels good to back,” Ekong twitted after Monday’s training session.

The Rio 2016 Olympic bronze medalist will hope to improve on last season’s performance where he featured in 31 games in all competitions, scoring twice, whilst also posting an impressive pass completion rate of 82%, averaging 1.3 tackles per game and making 5 clearances per match.