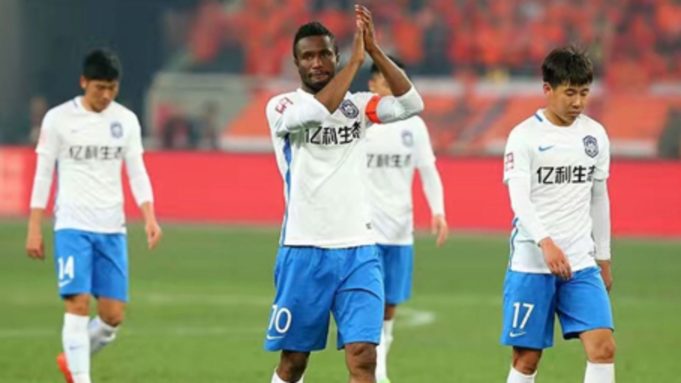 The Chinese Super League will take centre stage this weekend when matchday 13 fixtures go down across different venues with Eagles’ captain, Mikel Obi and striker Odion Jude Ighalo hoping to lift their respective clubs to victory.

Mikel is expected to make the match day squad after returning to training on Thursday ahead of Saturday’s clash against Chongqing SWM, needing a win to improve their status on the table.

Tianjin Teda holds a better record going into the clash after winning two of their last five games, whilst Chongqing will be hoping for a miracle to avoid defeat for the six consecutive game running.

If fit-again Mikel will feature in his 12th league game it will be a massive boost for Ghanaian striker Frank Acheampong who has formed a good partnership with him.

The former Udinese of Italy striker, who became Changchun’s all-time record goalscorer with his strike against Chongqing last Tuesday, will hope to add to his 8 league goals against a side he scored twice against last season.

Ighalo and his team will, however, have to be wary of their sleeky opponents who are unbeaten in 10 games heading into this clash and are boosted by the likes of Graziano Pelle, Papiss Demba Cisse and Brazilian Diego Trandeli.