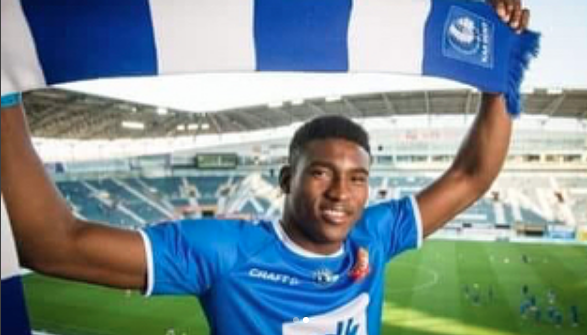 Super Eagles’ and KAA Gent winger, Moses Simon has expressed his delight with the arrival of former U-17 World Cup-winning striker, Taiwo Awoniyi to the club, saying he will help his fellow countryman settle down to business quickly, AOIFootball.com reports.

Simon has been at the Belgian club for four years alongside three other Nigerians- Anderson Esiti and Samuel Kalu. He, however, believes Awoniyi can be a massive addition to the team following his exploits with Royal Excel Mouscron last season.

Having sold out another Nigerian in the person of Peter Olayinka, Awoniyi will most likely battle it out for the number 9 spot in the club but will have plenty of Nigerian support from both Moses and Kalu on flanks of attack.

If fit, Awoniyi could make his Gent debut in their Friday night league opener against Standard Liege as he hopes to improve on his 9 league goals last season.