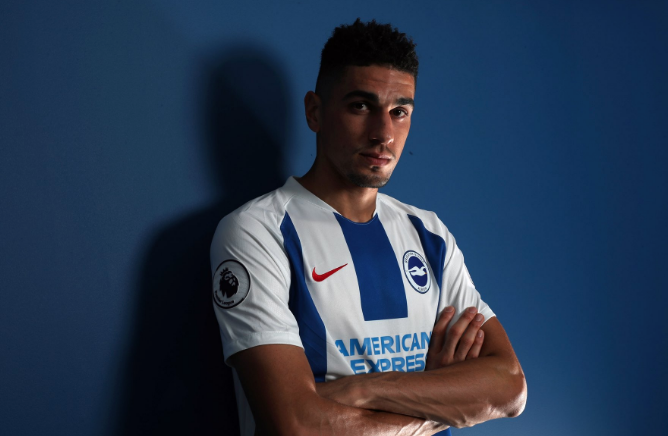 Super Eagles’ and Brighton & Hove Albion defender, Leon Balogun, has said he is ready to compete for a central defensive position for the Seagulls during the 2018/19 season after arriving on a free transfer from Mainz 05, AOIFootball.com reports.

The summer arrival played his first game for the club in Tuesday’s 1-1 draw with Charlton Athletic at The Valley and discussed the competition for places in his position ahead of the new campaign.

“It’s always good to have that competition, it will improve all of us as defenders and then we have to take it from there. The manager will make a decision and we’ll all accept that, but you have to be ready at all times.

“I’ve seen the qualities of Lewis Dunk and Shane Duffy in the past week or so since I’ve been here – I played with Lewis for the first time against Charlton Athletic and he’s very composed on the ball. Both are very strong physically and you can tell that they’ve played here for a long time already, but I have qualities myself and I’ll put in my best and see what happens from there,” Balogun concluded.

The Seagulls open their new Premier League campaign away to Watford at Vicarage Road on Saturday 11th August and Balogun will be hoping for a starting berth for the clash.