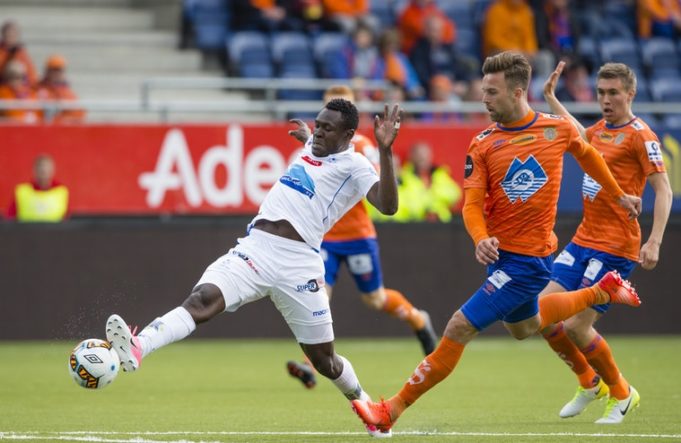 The on-loan Haugesund player opened the scoring after just 13 minutes before the home side equalised four minutes later via the boot of Sindre Mauritz-Hanse, but further strikes from Olav Oby (25) and Martin Lundel (44) ensured the visitors went into the break with a healthy 3-1 lead.

Shaibu grabbed his brace seven minutes after the interval to make it 4-1, before completing his hat-trick five minutes after the hour mark to make 5-1, thus becoming the first player to record back-to-back hat-tricks this season.

Marlinho added in a late sixth, two minutes from time before Magnus Solum put a little decency to the scoreline in additional time as Shuaibu and his team ran out 6-2 winners on the night.

With his brace, the 21 year old attacker has now scored 14 league goals in just 16 appearances, with the result leaving Kongsvinger in 6th position with  26 points from 17 games.

Alhassan Yusuf named in Swedish League Team of the Week