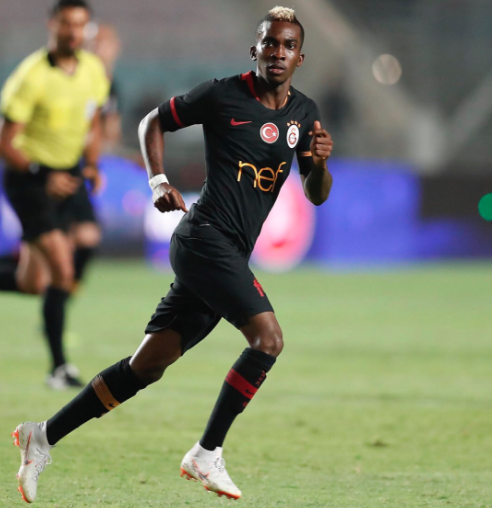 Super Eagles’ attacker, Henry Onyekuru believes his move to the Turkish league can help him return to the team’s fold ahead of the 2019 AFCON qualifiers against Seychelles, AOIFootball.com reports.

The 21-year-old attacker, who was tagged ‘the secret weapon’ of Galatasaray by UEFA ahead of next season’s Champions League, told AOIFootball.com exclusively from his team’s base in Athens that he is prepared to give his all to return to the national team.

“Missing out of the World Cup was a sad moment for me but I’m still young and there are many World Cups ahead.

“Playing for Nigeria has always been my dream. I was invited earlier this year and I hope I can get another invite for the upcoming games. I know it will be tough but I believe if I can establish myself here in Galatasaray, I might be considered by the coach, Onyekuru said.

Having scored twice in just three outings for the Turkish giants, Onyekuru seems on course for another superb performance later on Tuesday night when Galatasaray face AEK Athens in another preseason friendly in Greece.

Abdulquadir Adedapo - May 27, 2019
ALL CATEGORIES
SOUNDCLOUD