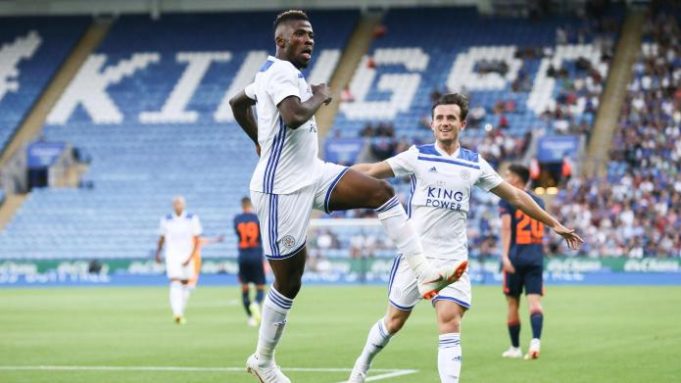 Leicester City striker, Kelechi Iheanacho scored his fourth goal in just three games when they came from behind to wrap up their preseason campaign with a hard fought 2-1 win over Lille in France.

Lille were the better side in the opening exchange as Kasper Schmeichel pulled off two excellent saves to deny Lille’s Jonathan Bamba and Lebo Mothiba from scoring.

However, Mothiba found himself in a good position three minutes later and this time made no mistake, firing in from close range to put his side in front.

Wilfred Ndidi and Ben Chilwell both tried their luck shortly after, while Schmeichel was called into action just before the half-hour mark, tipping Yassine Benzia’s drive over the crossbar.

The Foxes did, however, level matters when a fine delivery from Marc Albrighton was met by Iheanacho, who headed back across the face of goal to find the back of the net via the foot of Mike Maignan’s right-hand post.

The Nigerian was at it again in the second half as he deservedly put the Foxes ahead when he tucked home a Ben Chilwell’s pinpoint cross just before the hour mark.

The same combination nearly saw Iheanacho bag his hat-trick, but his header flew just over the bar.

Scoring four goals in three games proved to be enough for Iheanacho, who was substituted in the 72nd minute.