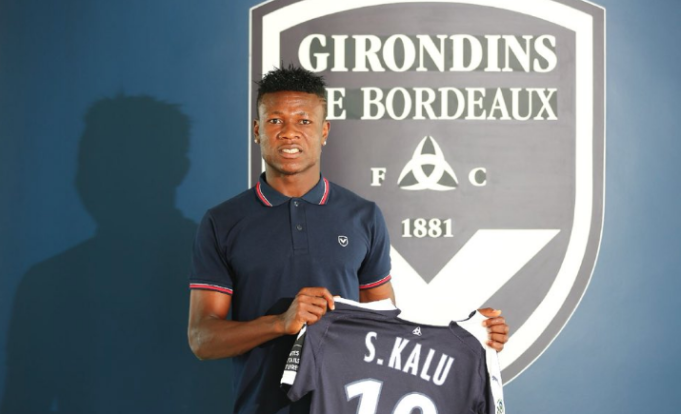 Nigerian international, Samuel Kalu has completed his transfer from Belgium’s KAA Gent to French outfit Girondins de Bordeaux on a five-year deal after being unveiled by the French club on Monday morning, AOIFootball.com.

Bordeaux had earlier announced on their official website at the weekend that a deal to sign the 20-year-old was already imminent, but that has now been confirmed with the player expected to wear the Jersey number 10 which was vacated by Brazil’s Malcolm.

Similarly, Kalu’s former Club Gent took to their website to also confirm the deal, whilst thanking the player for his immense contribution to the club.

“Samuel Kalu leaves KAA Gent after one and a half season and moves to Girondins de Bordeaux where he signs a contract for five seasons. Kalu signed a contract with the Buffalo’s in January 2017 and has been 10 goals and 16 assists in 55 games since his arrival.

“We wish Samuel a successful continuation of his career in the Ligue 1 and thank him for his time with us. Good luck Samuel!” the Belgian club posted.