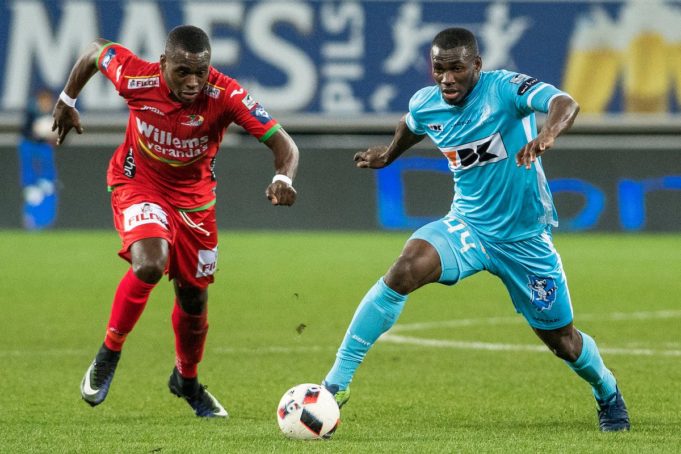 Nigerian international, Anderson Esiti is set to join his compatriot Moses Simon at Spanish club, Levante UD after the club agreed on a deal in principle to sign him from Belgian outfit Gent,  AOIFootball.com can authoritatively confirm.

Gent have been busy of late, selling no fewer than three Nigerians this summer and Esiti could be the latest after the departure of Peter Olayinka (Slavia Praha), Samuel Kalu (Bordeaux) and Moses Simon (Levante), who have all left for different challenges abroad.

Esiti has been capped twice by Nigeria at senior level. He joined Gent from Portuguese club Estoril Prai in 2016 for a fee of around €1.5 million and would be allowed to leave for little under €3 million.

With the deal just hours away from completion, Esiti will most definitely team up with his former teammate, Moses Simon in Spain ahead of the 2018/2019 Spanish La Liga season.