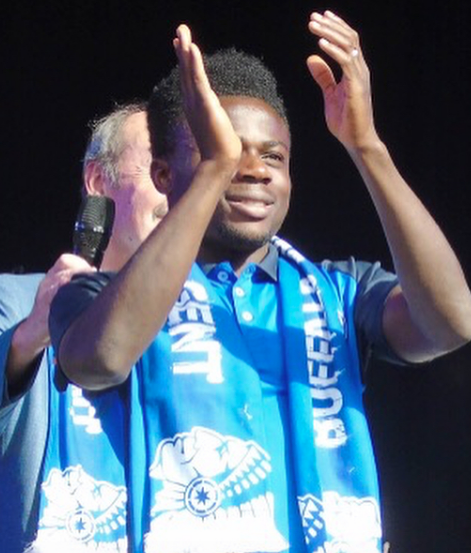 After completing his move from Belgian club KAA Gent to the Spanish League, new Levante winger, Moses Simon has thanked his former employers for all the time he spent with them, revealing he will always remain a Gent fan, AOIFootball.com reports.

The Eagles’ winger, who completed his move to the Spanish side on Monday after spending three and half seasons with Gent putting pen to paper on a 5-year deal, took to social media to thank everyone at Gent for their time.

“I want to say a BIG THANK YOU to all the technical staff, medical staff, my teammates, and fans of KAA Gent for everything these past years. You all have been wonderful. Words cannot tell how much I appreciate you all but it’s time to move on to the next chapter.

“One thing I know is that you all have a special place in my heart #onceAbuffaloAlwaysAbuffalo,” Moses posted.

The winger joined Gent in January 2016 and went on to feature in 136 matches, scoring 21 goals and contributing 18 assists.

Wikki have always been a good team – Coach Nikyu

Etebo insists Eagles will play for victory against DR Congo