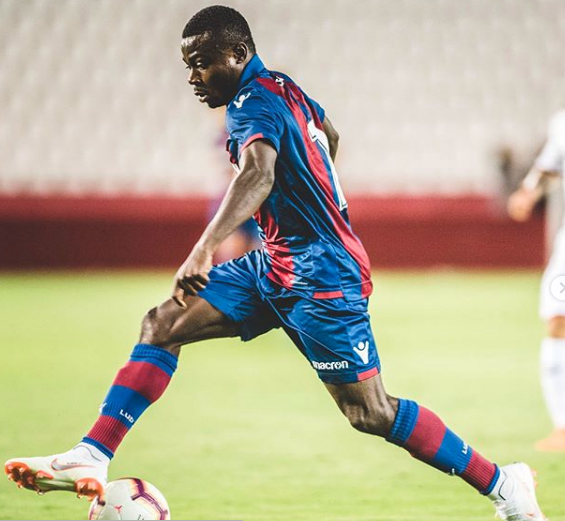 Super Eagles’ winger, Moses Simon came off the bench to make his first debut for new club Levante as they defeated Albacete Balompie 6-5 on penalties after regulation time ended 2-2 with Moses converting from 12 yards in the shootout, AOIFootball.com reports.

First-half strike from Jason (28) and Roger (39) set Levante on their way to victory before Jose Antonio Caro halved the deficit for Albacete as Levante went into the break 2-1 up.

Moses, who was donning the No. 7 jersey came in after the break, but it was the home side that equalized when Rey Manaj converted after 82 minutes as the match ended two-all after regulation time, with Levante going ahead to win 6-5 on penalties

Moses joined the club earlier this week from Gent and posted afterward that he was delighted to make his debut and wants to work harder ahead of the new season.

“I’m so excited to put on Levante UD shirt for the first time thanks to everyone for your prayers, work mode activated. Thank you, lord,” Moses said.