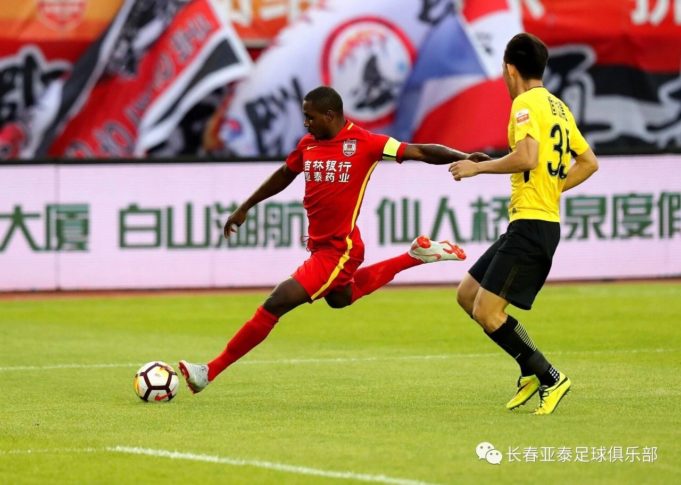 Yatai are unbeaten in their last two home games and they took the lead after just 17 minutes when Rui Yu put them ahead but the lead lasted just nine minutes before Liyu Yang equalized for the visitors.

Guangzhou did, however, find themselves ahead two minutes to the break when Ricardo Goulart converted a pass from Hancho Yu to hand the away side a 2-1 lead going into the halftime break.

After a flurry of substitutes, the home side equalized on the 84th minute via the boots of Long Tan before Ighalo then set up Long for the winning goal on the stroke of 90 minutes to hand Changchun all three points.

Ighalo who was on for the entire match duration had a game rating of 7.3, grabbing one assist as he also completed 75% of his passes and won five of is 7 duels completed.

The win moves Yatai to 10th on the table with 21 points after 17 games.