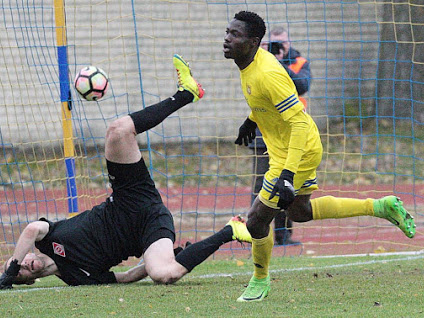 The 19-year-old attacker, who has been in mesmerizing form, scoring 13 goals already in the Latvian league, recently received the player of the month of July award after netting four times in three league outings.

With interests from France, Austria, Norway, and Belgium, the attacker opted for IK Start after the club met Ventspils’ valuation of the promising youngster.

Akinyemi has been in superb form this season, netting 20 goals in all competitions. He will now hope his move to Norway edges him closer to a future Super Eagles’ call-up following his meeting with Gernot Rohr last month.

The deal is for an undisclosed fee.