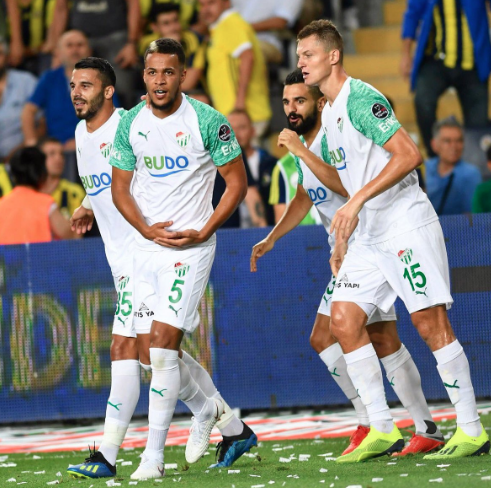 Super Eagles’ defender, William Troost-Ekong has become the latest Nigerian to move to the Serie A, after Italian top-flight side Udinese Calcio agreed on a deal in principle to land the 25-year-old from Turkish side Bursaspor, AOIFootball.com reports.

Ekong featured in all of Nigeria’s matches at the last FIFA World Cup and joined Bursaspor a year ago from Gent after spending the previous year on loan at Norwegian side Haugesund.

The fee for the defender is around £2.97 million with Bursaspor already confirming his departure by thanking him on their social media page, with no official confirmation of the transfer yet to be made by both clubs.

Ekong featured 33 times for the modest Turkish club, scoring three goals, with his last goal coming last weekend when they opened their campaign with a 2-1 loss away to Fernabahce.

Troost Ekong represented Holland at U-19 and U-21 levels but eventually chose to represent Nigeria at senior level.