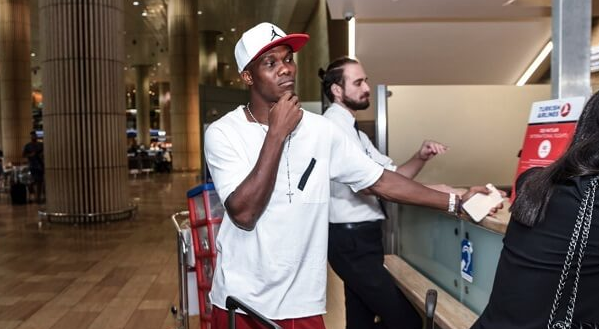 Super Eagles’ striker, Anthony Nwakeame has completed his transfer to Turkish club Trabzonspor, from Israeli champions Hapoel Be’er Sheva after both clubs agreed on a transfer fee in the region of €1 million AOIFootball.com reports.
AOIFootball.com had reported exclusively last week that the player was close to joining the Turkish club, but the transfer was delayed as Be’er Sheva were hopeful of keeping the striker during the Europa League qualifiers.
Nwakaeme, 29, will now join up with fellow Super Eagles’ teammate, Ogenyi Onazi in the modest Turkish side.
Nwakaeme joined Be’er Sheva in 2015 and has helped the club to consecutive league titles and was also voted the best player in the Israeli League for 2016.