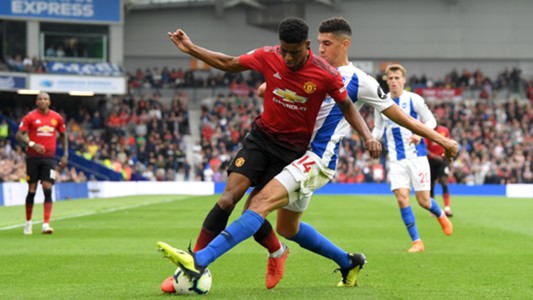 Balogun, who came into the match after 20 minutes for Captain Lewis Dunk, showed composure in his display when they earned their first victory of the new campaign.

There was sheer jubilation inside the Amex Stadium as two goals in two minutes from Glenn Murray and Shane Duffy put Brighton two up inside 27 minutes.

Romelu Lukaku then halved the deficit on the 34th minute with a close-range header but there was no respite for the beleaguered Man United defence as Pascal Gross won and converted a penalty on the stroke of half-time to put Brighton in control. The score was now 3-1.

Paul Pogba, however, scored a penalty in stoppage-time but it came too late to inspire a comeback as Jose Mourinho and his boys fell to their first defeat of the season.

Balogun featured for 70 minutes marshaling the Seagulls’ defence and earning a game rating of 7.2, whilst making 5 clearances, 3 interceptions and winning four of his five duels contested.