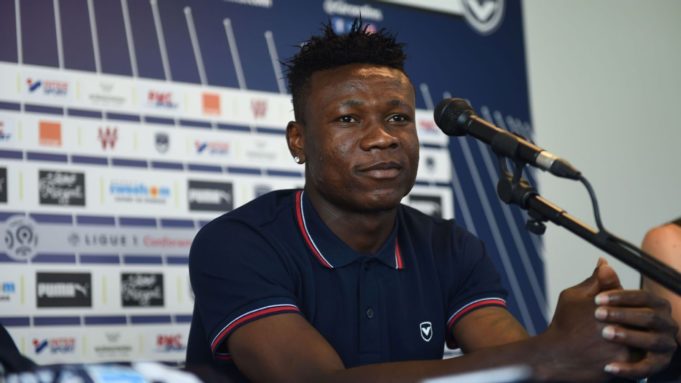 Nigerian forward, Samuel Kalu has been included in Bordeaux 20-man squad for Thursday’s Europa League tie away at former club KAA Gent after impressing on his debut last weekend against Toulouse in the league, AOIFootball.com reports.
The 21-year-old attacker joined the French side last month from Gent but will have an earlier than expected reunion when both sides faceoff at the Ghelamco Arena with a place in this season’s group stages up for grabs.
Kalu signed a five-year deal with Girondins de Bordeaux and made his Ligue 1 debut in their 2-1 loss to Toulouse and was Bordeaux’s best player on the pitch with a game rating of 7.2.
He scored seven goals in 32 appearances for Gent before leaving for Bordeaux to sign a five-year contract.