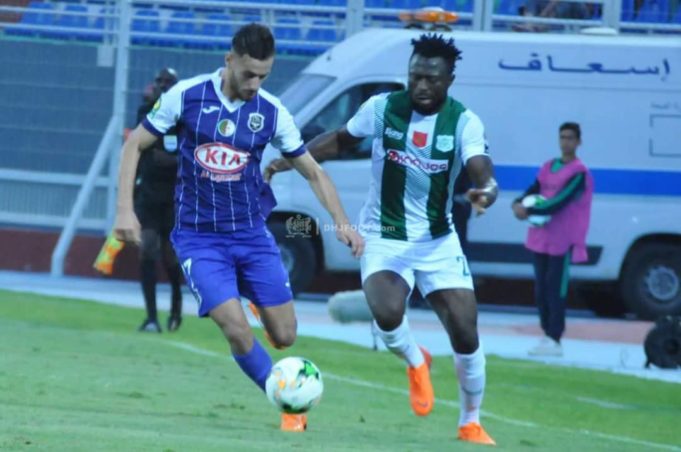 Former NPFL goal king and current striker of Morrocan club Difaa Hassani El Jadidi, Anthony Okpotu believes he can replicate the same form which saw him finish as the best striker in the NPFL the last term as he awaits his debut league game later this weekend, AOIFootball.com reports.
The Eagles’ striker, who joined the club last July from the Makurdi-based club, told AOIFootball.com exclusively, that he’s keen on improving himself on and off the pitch.
“The league here in Morocco will be a different challenge for me. I have been training hard with the squad ahead of our league opener.
“Personally, playing better and doing well than my previous seasons remains my focus. I don’t want to set a specific target but I just want to work hard on and off the pitch to help my club,” Okpotu said.
The 24-year-old has been handed the number 26 jersey ahead of the new season.

Snubbing the Snub: Tammy Abraham is biggest loser of the summer

Abdulquadir Adedapo - May 17, 2018
ALL CATEGORIES
SOUNDCLOUD