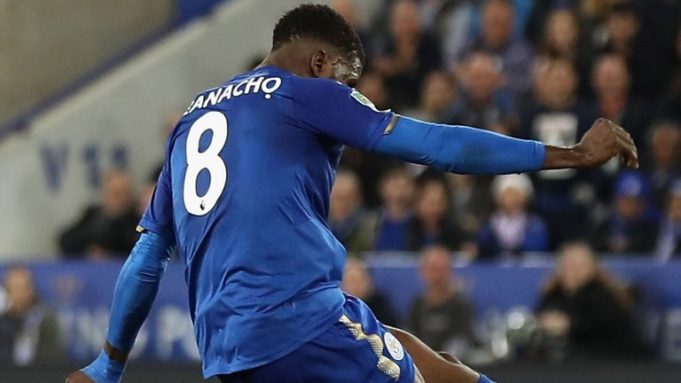 Super Eagles’ striker, Kelechi Iheanacho was on target for Leicester City as they made light work of League One side Fleetwood Town in the second round of the EFL Cup on Tuesday night, AOIFootball.com reports.
With the Foxes by far the favourites to go through on the night, Christian Fuchs put them ahead in the eighth minute before Vicente Iborra made it 2-0 five minutes to halftime.
The second half started with high tempo with Leicester extending their lead after just 40 seconds when Iheanacho delightfully collected a pass from Marc Albright before hammering into the back of the net to make it 3-0.
He was however taken off four minutes later for Demarai Gray before substitute Rachid Ghezzal wrapped up the victory with a fine goal on the 71st minute as the Foxe’s progressed at the expense of their guest.
The goal will come as a morale booster for Iheanacho who has struggled in front of goal despite having a fantastic preseason.