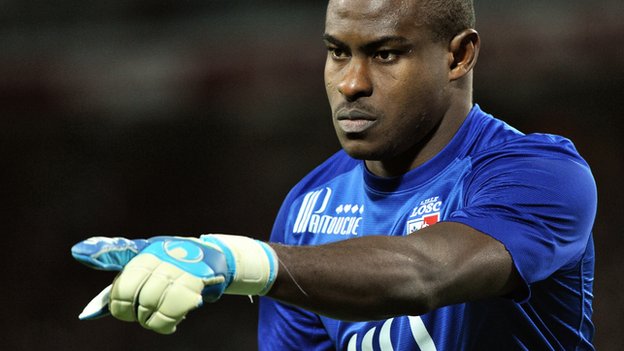 The former Enyimba shot-stopper has been out of the first team for a year now after falling out with the coaches but remained at Lille, displaying a high level of professionalism during the period.

The club instantly paid tribute to the 36-year-old for an amazing service during his seven-year stay in France.

“LOSC and Vincent Enyeama have reached an agreement today to end the contract that binds them.

“Enyeama arrived at the Dogues in the summer of 2011 from Hapoel Tel-Aviv, playing 164 games in the Lille jersey during the 7 years spent in Lille, interspersed with a loan of one season at Maccabi Tel-Aviv (2012-2013).

“With the LOSC, the Nigerian international goalkeeper (36 years) was in the 2013-2014 season, very close to breaking the record of unbeaten Ligue 1 held by Gaëtan Huard while April 23, 2016, he reached the final of the Coupe de la Ligue against Paris Saint-Germain.

“Beyond his performances, LOSC and his supporters will remember Vincent’s smile and enthusiasm. The club now wishes him the best in his future project,” Lille wrote.